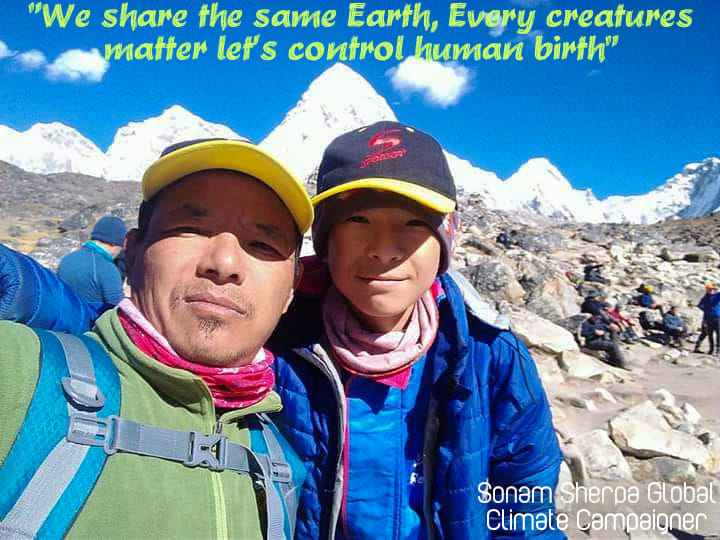 “We share the same earth, every creatures matter let’s control human birth” We 7.8 billion people are living in the Earth. After the start of the Industrial Revolution, during the 18th century, the rate of population growth began to increase.

By the end of the century, the world’s population was estimated at just under 1 billion. At the turn of the 20th century, the world’s population was roughly 1.6 billion. According to data the population increased drastically and still its increasing. Inviting the suffocating environment where all are fighting to live through overpopulation. Poverty, disaster victims, homeless they are suffering and fighting with life to live.

As the population grows every people needs their own space and the energy will lack causing a crisis among people. To live peacefully and rightfully there must be birth control and sex education to every possible people. As the number of people increases so does the activities which causes global crisis Global Warming/Climate Change risking all the lives. There many rules and sayings which must be heard loud and clear.

Cities where most people walk by people must know about the environment factors and keep their own litters with themselves where the trash cans are absent and keep places clean. There are different types of person and their own personalitites but they must know that if the earth we walk upon we feed upon is going to end we all will eventually die and its happening. Earth’s getting at risks everyday by ownself. To decrease it we must keep environment clean and green. Let’s think about it let’s be careful with it!!!